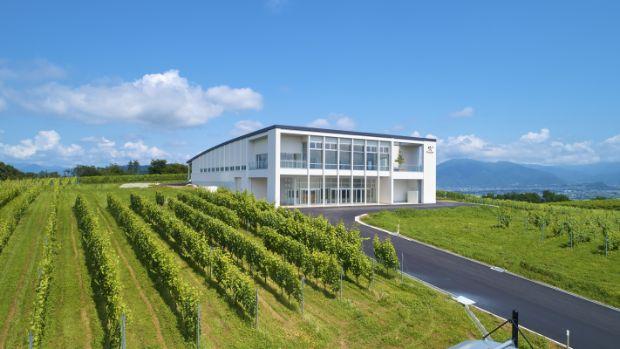 A bench beneath the giant cherry tree of Ippongi Park provides both a dose of serenity and views of the Mariko Winery, owned by Japan’s first private wine company and named after the son of a sixth century emperor. Vistas from the building itself span 360 degrees with mountains in the distance (including two volcanoes) and 30 hectares of vineyards below, which you’ll get to roam on a ‘Premium Tour.’ While the gravity-flow winery transports the liquid in rails running overhead, a window looks onto the fermentation tanks below, allegorical artwork adorning the walls. The Tasting Counter serves the full range (including native Japanese grape varieties) alongside local food.

Visit other great vineyards within the area